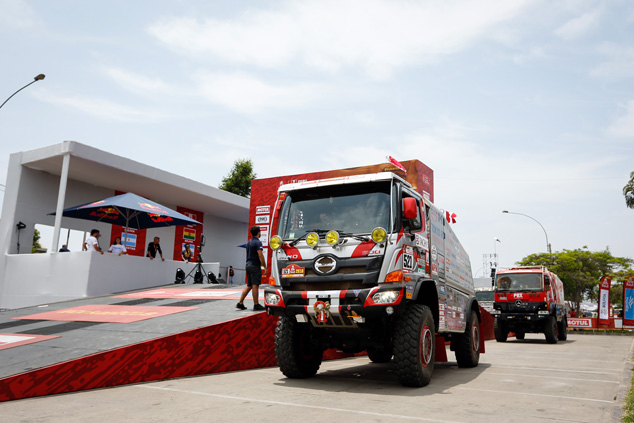 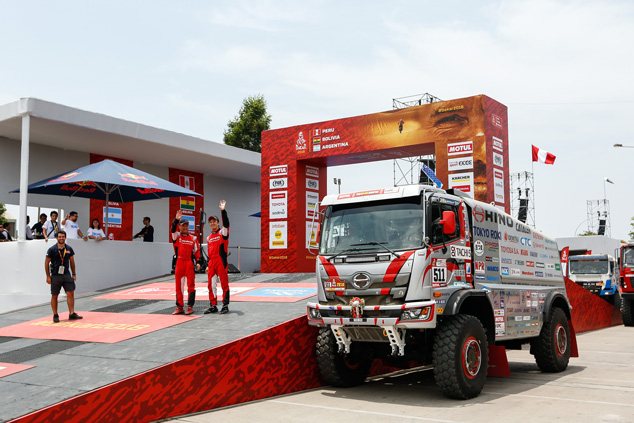 Dakar Rally 2018, celebrating its 40th year, started off from Lima, Peru on Jan. 6, and took contestants on a 31 km SS en route to their first bivouac in Pisco. The Hino team has entered two HINO500 Series trucks in the trucks category. Both trucks delivered solid performance with Car 2 crewed by Teruhito Sugawara and Mitsugu Takahashi finishing 12th overall and 1st in the Under 10-litre Class, and Car 1 piloted by Yoshimasa Sugawara and Katsumi Hamura finishing 23rd overall and 2nd in its class. (Finishing positions are provisional as the results chart available as of this writing did not show class rankings).

This year's rally―which is the 10th event since its relocation to South America―will take contestants on a route that had not been traveled in the past, starting off in Peru, racing through Bolivia, and finishing in Argentina. While the first part of rally will be quite similar to that of the 2013 event, taking racers southwards after they start off in the Peruvian capital, Lima, on Jan. 6, the stage that takes teams from Arequipa, Peru to La Paz, the Bolivian capital, will be completely new. Following the rest day at La Paz, the teams will be taken on a course that they raced on in the 2017 event traveling southward via Uyuni en route to Salta, Argentina. Contestants will then be confronted with challenging segments in the Andes foothills near Fiambala, and the last day will feature a looped SS that starts off and finishes at Cordoba where the final finish line will be set. Another characteristic of this year's event―which stretches over 15 days, 14 stages, and 8270 kilometers―is that the total distances of timed segments will be relatively long at 4162 kilometers (all mileages are for the trucks category).

The starting roster for this day consisted of 188 motorbikes and quads (4-wheeled buggies), 103 cars and SxSs (small buggies), and 44 trucks, all of which had passed vehicle inspections. After leaving the Parc-Fermes that was set up on the premises of the General Headquarters of the Peruvian armed forces, the "Pentagonito" in Lima, and the racing vehicles departed from the starting podium on a 242 km southbound liaison route on the Pacific coast. They then raced a 31 km SS in the desert in the southeastern part of Pisco.

The course was set on sandy hills that stretched up from the coastline. The start and finish lines were near the bivouac site, and attracted a huge gallery of spectators. Delivering solid performance in this stage, Car 2 finished 3 minutes and 23 seconds behind the top position truck at 12th place overall and top spot in the Under 10-litre Class. The Car 1 crew carefully paced themselves today and finished without any problems at 23rd place overall.

Once the trucks arrived at the bivouac, the team's mechanics wasted no time to begin inspections and servicing work. Jan. 7 will feature a looped course base out of Pisco for a 267 km SS in the same area as today. This is likely to be one of the more difficult segments in the early part of the rally as most of the terrain will be sandy and there will be areas that are likely to pose a challenge for navigators.

Yoshimasa Sugawara: We carefully paced ourselves on day 1 today as the distance was short. Mr. Hamura is navigating for me for the first time in three years, and driving was very comfortable because he has a knack for giving precise instructions. The truck is doing exceptionally well but I asked for some adjustments to the suspension.

Katsumi Hamura: This was the first Dakar Rally for me in three years, and I was a bit nervous because there were some new elements in terms of navigating methodology. Since I had been racing with Mr. Yoshimasa (Sugawara) since 1992, it was a lot of fun to actually experience the great chemistry that we have again.

Teruhito Sugawara: The racing distance today was short so it was a great way to warm up at the start of the rally. Today's SS was a combination of the 2012 and 2013 courses only that it took us in the opposite direction. I was able to get a real feel for how the engine has more power now so I'm looking forward to the competition taking off in earnest tomorrow and the days that follow.

Mitsugu Takahashi: This is the first time I've teamed up with Mr. Teruhito (Sugawara). I felt quite tense at first because of the speed, but I'm glad that I got used to it as the day went on. I will be studying the course ahead of time for tomorrow's looped course because it appears navigation will be quite difficult. 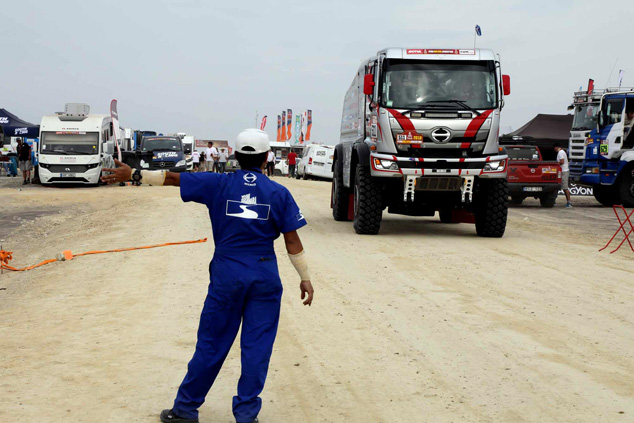 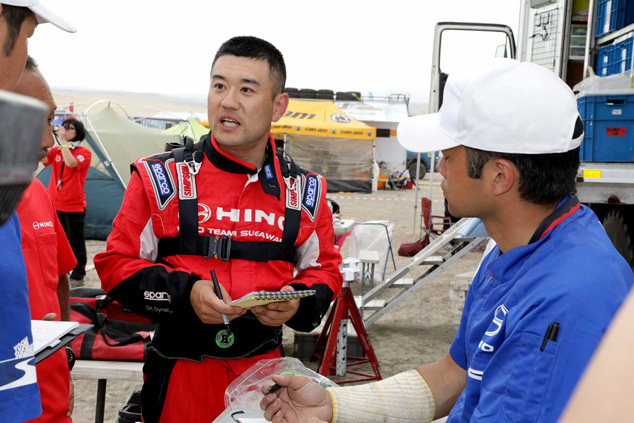 Mitsugu Takahashi goes over inspection details with the mechanics. 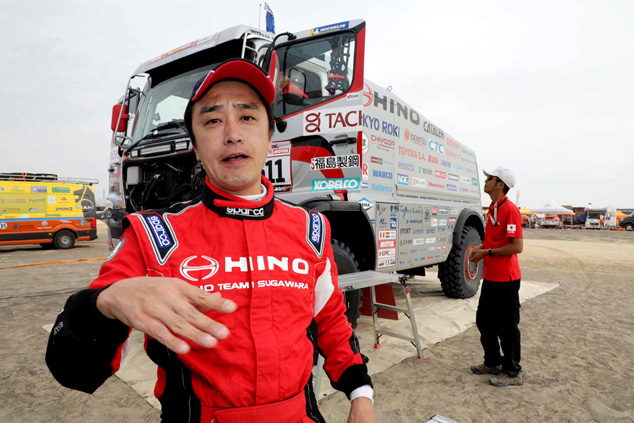 Teruhito Sugawara is happy with the engine's enhanced power. 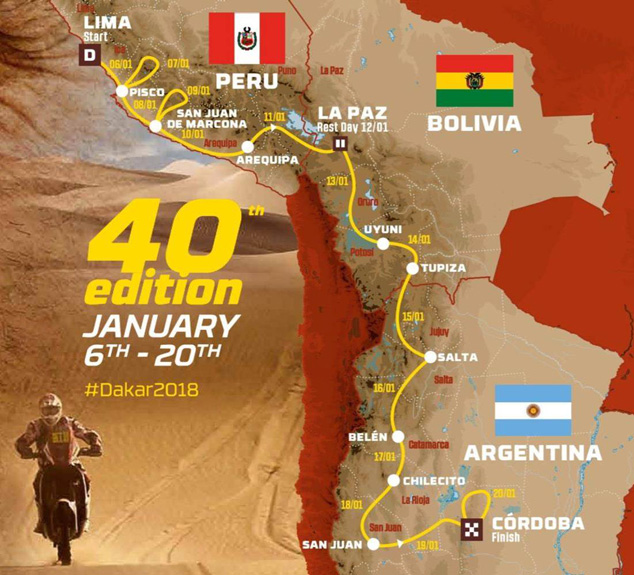